Mental health issues are on the rise around the world. Here are 10 numbers that highlight the magnitude of the hidden crisis, and the need to take action.

Mental health is essential to a healthy life. But billions of people around the world struggle with feelings of anxiety, fear, isolation, and depression, lacking access to the quality care and support they need.

The already grim mental health crisis has only been compounded by COVID-19, with millions of people now feeling the ripple effects of the worst global health emergency of our lives.

The world is facing a mental health crisis that demands action.

At Project HOPE, we are committed to ensuring everyone has access to the health care they need to reach their full potential. That’s why we’re training frontline health workers to better respond to COVID-19 — and to protect their own mental health.

Here are 10 numbers that help to highlight the severity of this hidden crisis, and its social and financial costs. 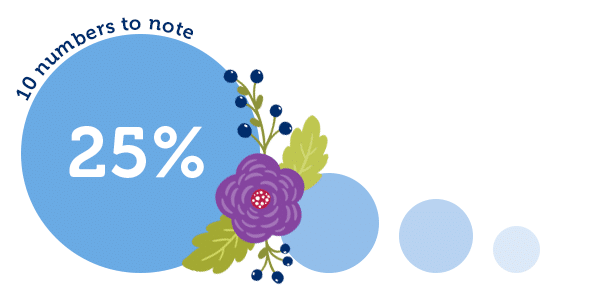 The percentage of the global population that suffers from mental illness.

Mental health issues are widespread, in every community, in every country, on every continent. One in four people are afflicted by mental illness at some point in their lives, with women twice as likely as men to be diagnosed. 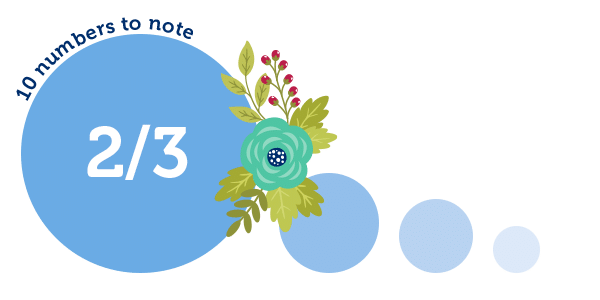 Two-thirds of people with mental health conditions don’t receive the care they need.

A huge portion of the population — as much as 70% — doesn’t receive treatment for mental illness. Why? Obstacles include lack of resources and trained health workers, but in many cases the social stigma around mental health is the greatest barrier to care.

The treatment gap is even wider in low- and middle-income countries, where 76% to 85% of people suffering from mental disorders lack access to care. People with serious mental illness are twice as likely to develop cardiovascular and metabolic diseases.

Those with mental health issues are more susceptible to facing other health challenges, including dangerous cardiovascular and metabolic diseases. People with depression have a 40% higher risk of developing these conditions, while people with serious mental illness are nearly twice as likely. The number of people affected by depression.

Depression is a leading cause of disability worldwide, affecting 280 million people from all walks of life.

The illness is already a major contributor to the global burden of disease, and the numbers are on the rise: Between 2005 and 2015, the number of people living with depression increased by over 18%. Left untreated or at its worst, depression can lead to suicide, which claims nearly 800,000 lives every year. That’s one person every 40 seconds.

Doctors are twice as likely to die by suicide.

The pandemic has taken a devastating toll on the world’s health care workers, with grief, anxiety, depression, post-traumatic stress disorder, and suicide just a few of the potential long-lasting effects. Doctors are already twice as likely as the general population to die by suicide, and women are the most vulnerable. The percentage of health care workers in China who showed symptoms of anxiety after responding to COVID-19.

Earlier this year, researchers surveyed 1,200 Chinese health care workers who treated patients with COVID-19. Half had symptoms of depression, 44% had symptoms of anxiety, 1 in 3 struggled with insomnia, and over 70% experienced symptoms of distress. Women, nurses, and frontline workers reported higher rates of all four symptoms of stress. The percentage of Americans seeking mental health treatment who worry about what others will think.

Even though more than half of Americans seek mental health services, there is still an unfortunate and sometimes debilitating social stigma surrounding mental illness. A national study in 2018 revealed nearly 1 in 3 Americans worry about what others would think, while 21% of the population has lied to avoid telling friends or family they were seeking mental health services. The percentage of the world’s children and adolescents with a mental health condition.

Around 1 in 5 of the world’s young people have a mental health condition. Mental health issues often start in the early stages of life: About half of all mental health issues begin before age 14 — as children and adolescents face the pressures and transitions of coming of age — and most cases go undetected. Young people living in areas affected by conflict, natural disasters, and disease are especially vulnerable to mental illness and distress. The global cost of mental health disorders by 2030.

The mental health crisis doesn’t just have medical and social repercussions — it also has a serious financial cost. The global economy loses about $1 trillion each year due to depression and anxiety. It’s estimated that mental health conditions could cost the economy as much as $16 trillion between 2011 and 2030. The percentage of Americans with a mental illness who don’t receive treatment.

Lack of access to quality mental health care is a serious global problem — but it’s also an issue in the U.S. More than 26 million Americans experiencing mental illness are going untreated, and the list of reasons is long: the cost of care, gaps in insurance coverage, a lack of qualified psychiatrists, and a disconnect between primary care systems and behavioral care systems. When the battle to stop COVID-19 gets exhausting, little moments keep you going. Read the latest dispatch from a Project HOPE volunteer nurse deployed to Houston, Texas.
Read more

In Mexico, Project HOPE is helping young people make smarter choices about the future of their health. Meet Yarishdy Mora, the team member at the heart of that work.
Read more