Explosion in Beirut: How Project HOPE is Responding

A massive explosion rocked the port of Beirut, Lebanon on August 4, 2020, resulting in widespread, catastrophic damage throughout the city. Project HOPE is on the ground in Beirut, working to provide the vital support people need most. Learn more about how you can help Lebanese families.

A massive international response effort occurred to help the people of Lebanon, who continue to host the largest refugee population per capita in the world and were already struggling with a crippling economic crisis and the COVID-19 pandemic before this tragic blast.

Project HOPE stands with the Lebanese people, and we will work to provide support as long as it is needed.

Learn more about Project HOPE’s response in our latest Beirut Situation Report and get the latest facts about this disaster below.

What happened in Beirut?

At 6:10 p.m. on August 4, 2020, a warehouse at the Port of Beirut containing large quantities of ammonium nitrate exploded, resulting in widespread damage for several kilometers. The blast killed at least 200 people, injured at least 6,000, and left an estimated 300,000 people homeless, including 80,000 children. Multiple medical facilities, including several major hospitals, sustained structural damage. Several hospitals were destroyed.

Project HOPE was on the ground in Beirut immediately following the explosions and partnered with a local NGO, the René Moawad Foundation, to provide relief and assistance. In the immediate aftermath, Project HOPE and RMF supported community clean-up efforts, distributed face masks, and provided wound and trauma care while actively sourcing and distributing medicines and medical supplies. Project HOPE also distributed N95 masks at a search and rescue site in Gemmayzeh.

Today, Project HOPE continues to provide immediate assistance to affected populations and health facilities in Beirut through the procurement and distribution of medicines, PPE, and medical and hygiene supplies in partnership with RMF.

For a detailed look at our current Beirut response, see our more recent Beirut Explosion and COVID-19 Situation Report. What were the most pressing health concerns?

The most pressing health concerns in the wake of the explosion were burns and traumatic injuries, as well as respiratory issues due to the release of toxic air pollutants. Hospitals — many of which were already nearing capacity with COVID-19 patients before the explosions — were quickly overwhelmed with injured patients after the blast. Many patients were treated in makeshift conditions, including on sidewalks and in parking lots. 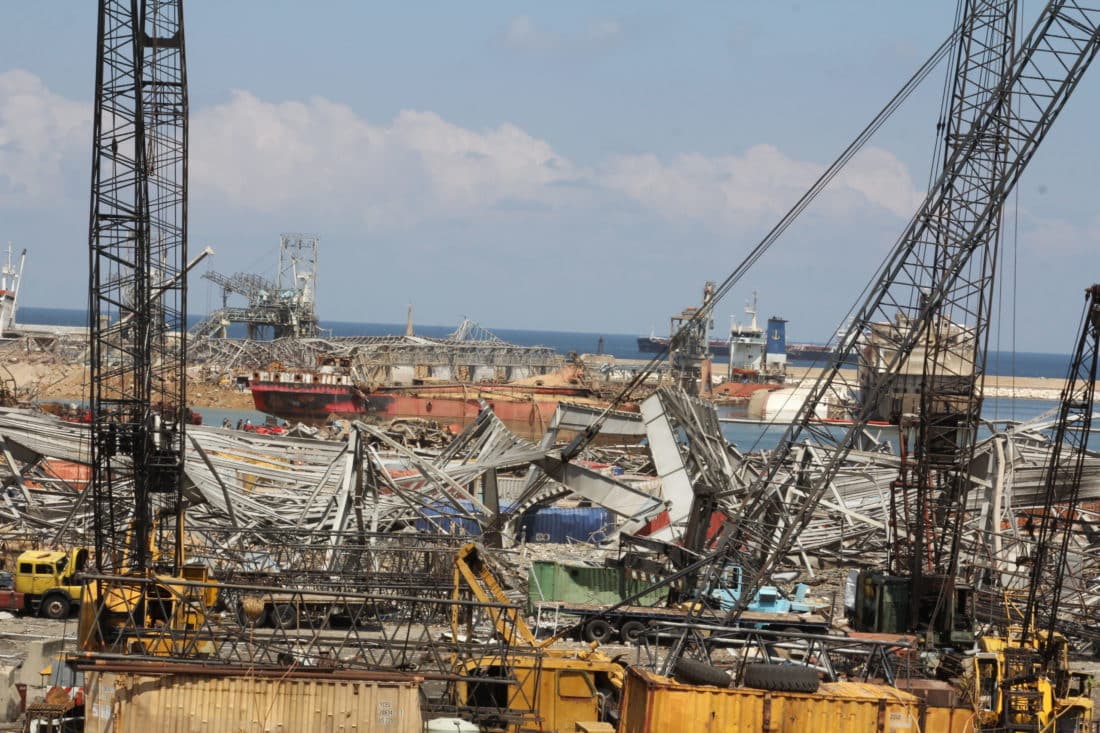 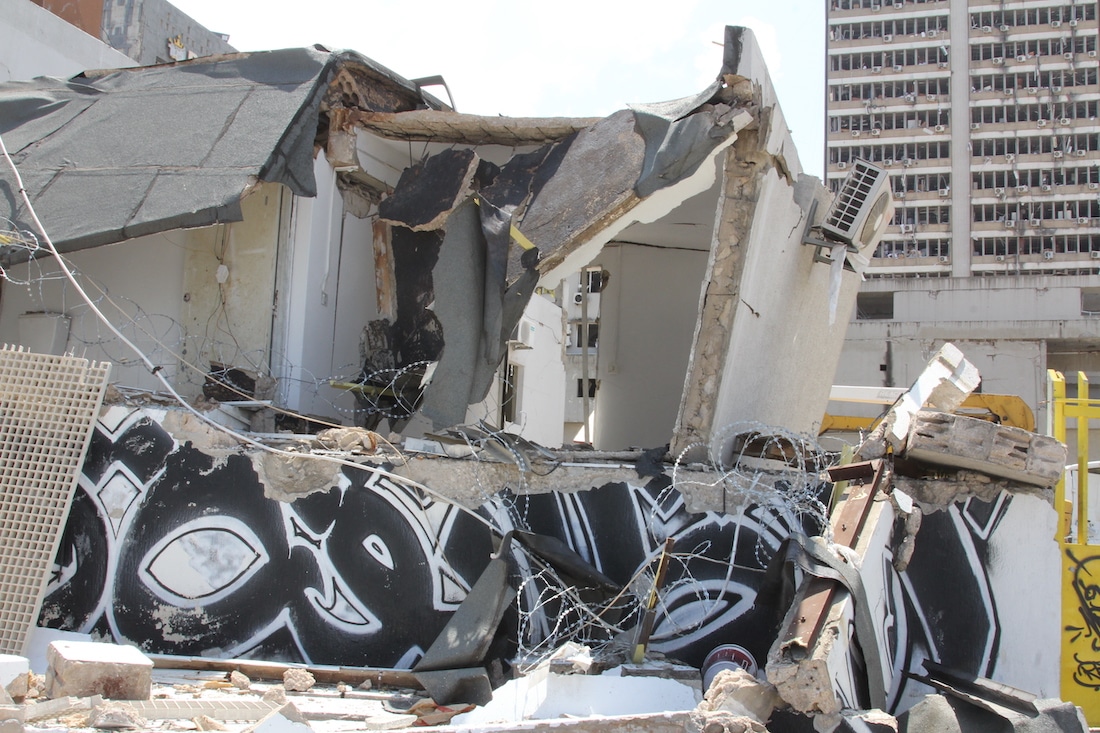 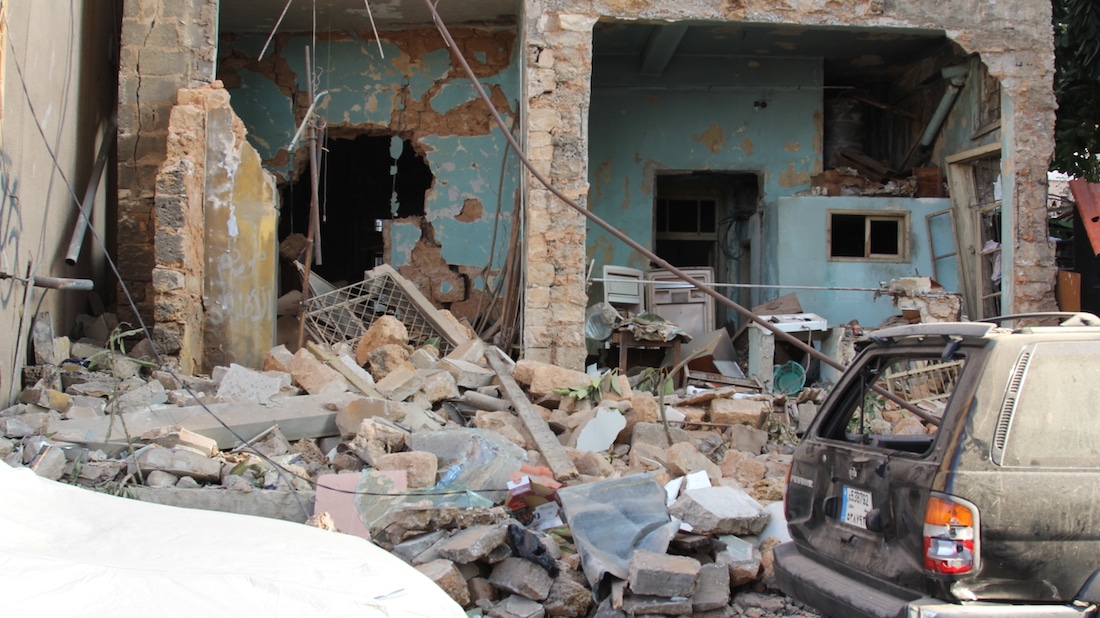 How did this happen?

The ammonium nitrate that exploded appears to have been stored at the port since 2013, when a cargo ship that was carrying it to Mozambique was abandoned and its cargo stored in a warehouse at the port. It appears that a fire spread among the port about 10 minutes before the blast, at about 6 p.m. Two explosions soon followed — the second of which sent a large red cloud into the air and destroyed large swaths of the city.

How big was the blast?

The second, larger explosion registered as a 3.3-magnitude earthquake and was felt as far away as Cyprus, 150 miles away in the Mediterranean. The blast left a 460-foot-wide crater at its epicenter, and satellite images show complete destruction in the immediate area of the port. It is one of the strongest non-nuclear explosions ever recorded.

Is COVID-19 spreading in the wake of the blast?

Make a lifesaving gift to support our response in Beirut at projecthope.org/beirut.

Start a fundraiser and ask your friends and family to help raise money to help survivors or live stream on Tiltify.